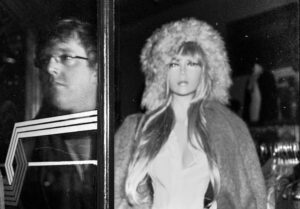 Hailing from Portland, Oregon, Tanner Volz began cultivating his talents for creating electronic music in the early 1990s with the post-Industrial band Thine Eyes. From there, the eclectic project ML was realized and went on to release prolific works on such labels as Toast and Jam, n5MD, En:peg, and Piehead Recordings. With several releases under their belts, ML tired of each other’s smells and branched out into new directions.

While recovering from an illness in 2008, Tanner seeded his new project Anklebiter on a laptop from the comfort of his easy chair. During this time, a deeply personal, idiosyncratic, and emotionally rich instrumental electronic work emerged that fully indulged Tanner’s love for contemporary Shoegaze and Synthpop styles, as well as his deep roots in early Industrial and dark New Wave. 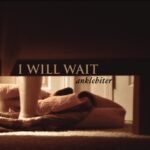 Now, Anklebiter joins the Tympanik Audio family with his newest collection of work titled ‘I Will Wait‘. With a vast array of seemingly straightforward analog patterns converging together to generate deeply emotional, beat-driven dark IDM soundscapes, ‘I Will Wait‘ manages to embrace a refreshing simplicity with unique effectiveness that is rarely heard these days. Staggering beats meet nostalgic synthlines to create a haunting aural utopia that is at once beautiful and all together strangely alluring.

Anklebiter‘s debut CD ‘I Will Wait‘ is available now on compact disc only from Tympanik Audio. 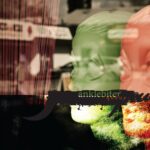 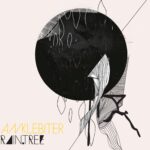 Out now: A brand new album from Anklebiter titled ‘Raintree‘. A melancholy montage of beauty and soul, incorporating haunting atmospheres with intricate beatwork to create a massive aural experience that weaves emotion into every sound and pattern, allowing the listener’s mind to flow effortlessly with the music.

Haujobb
Haujobb is Daniel Myer (Architect, Destroid, Covenant)
018
Flint Glass
Biography_ Flint Glass is a Paris-based dark electronica
00
Fractional
Belgium-based Fractional describes his music as “Gothic
06
Displacer
With three ground-breaking albums in 3 years for the
03
EyeScream
EyeScream is the project of Andrey Novikov from Saint-Petersburg, Russia.
04
Comaduster
Comaduster is the solo electronic project of the Canadian
014
C.DB.SN
c.db.sn weaves a stirring emotional experience in to
02