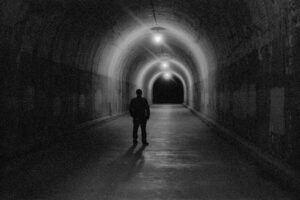 Comaduster is the solo electronic project of the Canadian musician and sound designer, Réal Cardinal. Staring from a young age as a drummer, Cardinal quickly turned to writing his own compositions with computers and a modest assortment of gear. In 2008 Cardinal took a postition at BioWare Edmonton as a game sound designer on the ‘Mass Effect‘ and ‘Dragon Age‘ Franchises. In 2009 Cardinal self-released the debut Comaduster album / EP ‘Slip Through’ digitally for donation-only. The album featured a group of selected tracks from a period between 2002 and 2007, which were then re-mixed and reworked to create a fluid and cohesive collection of work. The dark and eclectic mix of IDM, Industrial, and Ambient elements made ‘Slip Through‘ a highly-regarded work by listeners and critics alike. The track “Foam Abattoir” was ultimately featured on Dependent Records ‘Septic XI’ compilation in 2010. 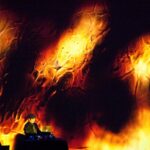 In 2011, after contributing a remix to Architect‘s ‘Upload Select Remix‘ release on Hymen Records, Cardinal had the honor of taking the Comaduster audio visual composition ‘Scrape’ to the stage at MUTEK festival in Montreal. ‘Scrape’ fused a glitchy dark-ambient soundscape with hi-definition macro videography. 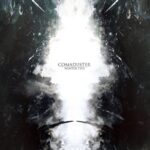 The first Comaduster single ‘Winter Eyes‘ was released in May 2013 as a precursor to ‘Hollow Worlds‘. Single features the track “Winter Eyes” from the album, remixes by iVardensphere, Access To Arasaka, and Aliceffekt, as well as a new mix of the title track from Comaduster‘s previously self-released EP ‘Slip Through‘. Download ‘Winter Eyes‘ via Bandcamp. 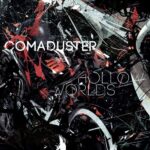 Moving into 2013, Cardinal finished work on the new Comaduster album ‘Hollow Worlds’, and was released on Tympanik Audio June 18th to overwhelming listener and critic praise. The direction of the album can be described as a take on modern bass-music infused with Industrial, glitch, and post-rock elements anchored by a strong vocal presence.
Tracklisting: 01. Ma 02. Winter Eyes 03. The Send Off 04. Hollow Worlds 05. Unfound 06. Walls 07. Chasms 08. Futureproof Design 09. Nightsail 10. Connecting The Seams 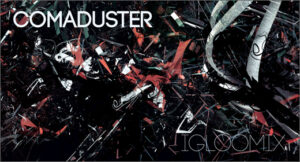 In early 2014, Comaduster gave his listeners a mix of some of his favorite tracks from 2013 including Jon Hopkins, Burial, Architect, Trifonic, The Haxan Cloak, Biome, and more in this hour-long set for Igloo Magazine. Listen and download here.

A new song from Comaduster will be featured on the upcoming volume 5 of Tympanik Audio’s compilation series ‘Emerging Organisms‘. Look for the new Comaduster EP ‘Solace‘ sometime in 2014.