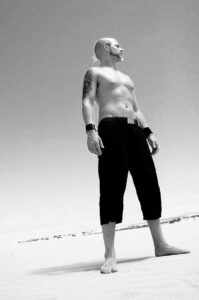 ESA (Electronic Substance Abuse) is a name that has been on the lips of rhythmic noise addicts worldwide since its first compilation appearance on Hive Records in 2005.

Hailing from the United Kingdom, Jamie Blacker and his hellfire debut album ‘Devotion, Discipline, and Denial‘ hit the streets via Hive in 2005 and introduced his unsuspecting listeners to a monster of brutal beatworks and unrelenting rhythmic Industrial sounds. While letting this new beast breathe its infectious breath into the ears of his new disciples and onto harsh electronic dancefloors across the globe, ESA continued to make an impact with several memorable compilation and remix contributions for such acts as Modulate, Cenotype, Manufactura, and label-mate Autoclav1.1. 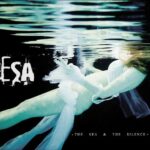 ESA returned in 2008 on a new label with a new album titled ‘The Sea and The Silence‘. 11 tracks of pure Industrial adrenaline, marked carefully by strong dark atmospheres and dense, apocalyptic beats. ESA‘s finest hour… 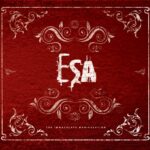 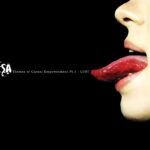 In 2012 the new ESA album titled ‘Themes Of Carnal Empowerment‘ dropped. ‘Pt. 1: LUST‘ marks part one of a two-part conceptional release offering 11 infectious new tracks that display the groovier, more energetic side of ESA. Combining hard addictive rhythms with dark and seductive hooks, each piece creates a truly enveloping experience which rarely takes the foot off the pedal. ‘Themes of Carnal Empowerment Pt. 1: LUST‘ is available now on CD and digital formats from Tympanik Audio. 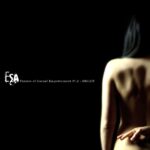 Watch for the second part ‘Deceit‘ of ‘Themes Of Carnal Empowerment‘ June 18th, 2013 on CD and digital formats from Tympanik Audio. Picking up where ‘Pt. 1: LUST‘ left off, ESA again offers us a powerful rhythmic assault spanning 11 hard-hitting new tracks that will keep you coming back for more. Always engaging and never disappointing, ESA skillfully executes another vigorous collection that aligns his focus not just on mere rhythmic structures and harsh beats, but masterfully injects a rare creative depth and serendipitous atmospheric climate into his works that ultimately sets him apart from the crowd. This is ESA‘s finest hour.