1. Of, pertaining to, or belonging as a part of the whole.
2. Essential to completeness of the whole.
3. Consisting or composed of parts that together constitute a whole.
4. Lacking nothing of completeness; complete; perfect; uninjured; whole; entire.

Integral is a whole consisting of David Rotter and Rafael Milatz. The German duo took their time to perfect their sound as for seven years they worked among the solitude of basements and bedrooms, heard only by themselves and their closest friends. Several albums were completed and discarded. Finally realizing that they would never be able to catch up with their own standards, they decided to go public in 2007, releasing under a name that fully suits their musical style.

Integral create songs rather than tracks; little stories that are complete within themselves, inviting the listener to a cinematic journey into their own subconscious. In their own words they attempt to describe their mission: “We believe that electronic music can sound very digital and still have a “human feel” to it. We try to make music that touches both the brain and the heart.” This target is perfectly met with their debut album ‘Rise‘. Even if the arrangements are sometimes complex, Integral manage to be understood on an intuitive level. Their music is at the same time desperate and hopeful, melancholic and heroic, painful and joyous. It expresses the deeply felt yearning most of us know all too well.

In 2008, Integral contributed their part to the Tympanik story with their debut album entitled “Rise“, available on a beautifully-designed digipak compact disc. Captivating from beginning to end, Integral‘s debut album ‘Rise‘ is a timeless collection of electronic music that is sure to leave you spellbound. Each track is distinct, yet all together carefully orchestrated as a whole, inviting the listener to an effervescent cinematic journey of his or her own mind. Desperate and hopeful, melancholic and heroic, ‘Rise‘ is as nourishing to your heart as it is to your soul. 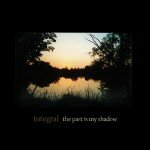 On November 1st, 2011, Integral returned to Tympanik Audio with a 2-CD collection of unreleased and newly mastered songs titled ‘The Past Is My Shadow‘. Beat-driven and rhythmic, but never overpowering, with vast swirling ambiance, layer upon layer of dense atmospheres, poignant melodies, and a smooth complexity that allows the listener to uncover new levels of aura with each ensuing listen. 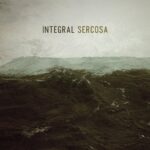