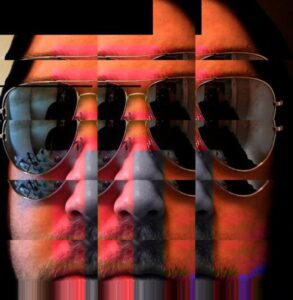 Phylum Sinter will bring his unique appetite for experimental IDM to the Tympanik table with his first full-length release titled ‘Amongst Fauna and Wiring‘ planned for sometime in 2009. Says Mr. Todd about his upcoming CD/LP for Tympanik Audio: “Still in conceptual stages, the ink on the contract has just started to dry. I’m planning quite the excursion that will more completely explore classical orchestration techniques and fulfill a personal promise I made to myself to exercise a few rube goldberg-esqe-modulation-machines I’ve been building and modifying for the past few years in max/msp & Reaktor completely, satisfying their possible variables and thus settling them to the archive & fostering further growth.”

In the meantime, check out Phylum Sinter’s current offerings for Tympanik Audio on our compilation ‘Emerging Organisms‘ and our 2008 label sampler ‘Approach Lights‘ as well as his new track on the Xynthetic MP3 compilation ‘Second Statement‘. Phylum Sinter’s long-awaited new EP ‘From Unity To Segmentation‘ is now available via En:Peg digital download as well. Check it.