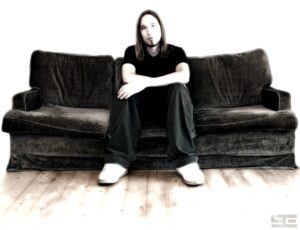 SE is Sebastian Ehmke, born and raised in the former GDR. Drawing inspiration from the feelings and views that dominate his lucid perspectives on life and the brutal world that surrounds him, SE conjures up spectacular aural journeys through his unique imprint of complex and melodic electronic and classical music. In this spirit of experience driven inspiration, Sebastian has previously created several full-length records, shared exclusively amongst the closest of acquaintances.