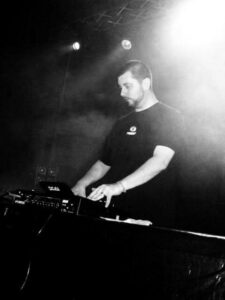 Totakeke is Frank Mokros, New York-based producer that began releasing his music through the now defunct Frozen Empire Media label in 2003. Since then, he has managed to capture the attention of electronic music audiophiles and critics alike with his first release for Tympanik Audio titled ‘eLekatota – The Other Side Of The Tracks‘ in early 2008. While eventually phasing out his noisy breakcore-tingled industrial  project Synth-etik (Hands Productions), Frank began focusing on the deeper elements of electronic sound structure with his prolific project Totakeke. 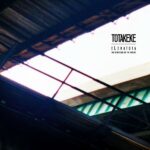 After his first two releases for Frozen Empire Media, a remix for Terrorfakt, and appearances on the ‘Emerging Organisms‘ compilation series, Totakeke joined Tympanik Audio with the release of his 2nd full length album titled ‘eLekatota: The Other Side of the Tracks‘. With thirteen solid tracks of addictive rhythms, richly-layered beats, intriguing samples, and cavernous atmospherics, that all seem to somehow replenish themselves with each listen. ‘eLekatota: The Other Side of the Tracks’ proves to be a timeless opus that has been hailed by critics and fans as one of the finest Industrial productions in years. 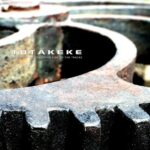 The companion CD release ‘Forgotten On The Other Side Of The Tracks‘‘ hit listeners in late 2008 with 10 lost tracks + remixes by Lucidstatic, Pandora’s Black Book, and Terrorfakt. As an added bonus, Tympanik Audio offered a free 12-track download compilation of Totakeke’s work titled ‘Past:Present:Future‘ featuring selections from the entire Totakeke discography including 4 new tracks from the DCD full-length album ‘The Things That Disappear When I Close My Eyes‘. 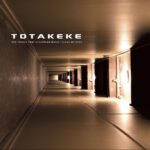 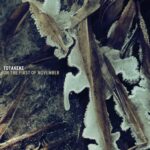 In 2010, Totakeke unleashes his 4th studio album titled ‘On The First Of November‘ on Tympanik Audio. Totakeke steps up the tautness with a resounding sense of ferocity pounding out 10 powerful new tracks of immense proportions. From beginning to end, ‘On The First Of November‘ gushes with caressing tension and head-nodding beats amidst a swirling torrent of sputtering glitch, ominous pads, punching beat drops, mind-bending breaks, and looming basslines. 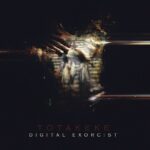 Available now is the brand new album from Totakeke titled ‘Digital Exorcist‘. An elaborate and cohesive work that is meant to be consumed as a whole; one moment writhing in the throes of the dancefloor and the next plunging into the realm of subconsciousness. Acute rhythmic noise for discerning aural palates.