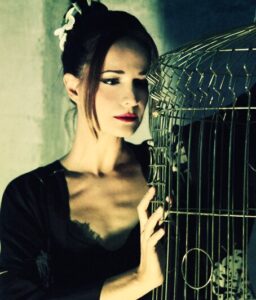 Athens-born Zinovia Arvanitidi has been honing her music-composing skills from very early on by learning piano at the young age of 8. By age 15 she began composing music and over the next several years studied classical music, piano, and music theory earning various diplomas in such fields as harmony, counterpoint, fugue, music technology, sound composition, advanced recording, and mixing techniques.

By 1999 Zinovia began experimenting with electronic sounds, incorporating her influences in classical, electro, ambient, dub, neo-classical, jazz, and film scores into her own sound creations. Over the next several years Zinovia‘s work has been featured in theatrical plays, films, and various other media. In 2010 she began work on her first collaborative album ‘Vanishing Mirror‘ with fellow Athens-based composer Hior Chronik under the moniker Pill-Oh, which was released by the Kitchen. Label in 2012. 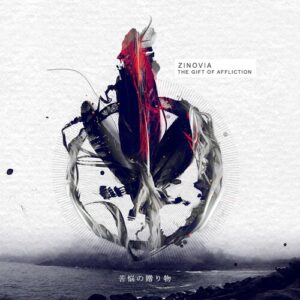 Now Zinovia joins the Tympanik Audio family to present her debut album ‘The Gift Of Affliction‘ in 2013. Beautiful and haunting melodies are underlined by subtle beats, lovely piano arrangements, and warm, entrancing atmospheres. Smooth, intelligible, and truly elegant songs that allow the listener to drift away in a wash of tranquil tones that ebb and flow with a rare maturity and grace. A memorable and poignant album that demonstrates the profound capacity and undeniable charm of this gifted and talented artist.

Tracklisting: 1. The Blue Shade Of Dawn Covered Your Skin 2. Communicating Vessels 3. Chimera 4. Entangled 5. Emerge To Breathe 6. Attached, Our Eyes Wide Open 7. Sucking The Smoke From Your Lips 8. Beneath A Stellar Sky 9. A Time To Make Amends

Zinovia‘s debut album ‘The Gift Of Affliction‘ is available now on CD/Digital formats.