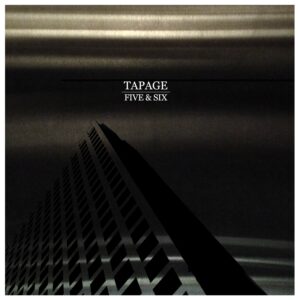 For well over a decade now, Tapage has been writing a wide variety of experimental electronic music, releasing with such labels as Meta0, Ad Noiseam, Raumklang, Tympanik Audio, and his own label Tapeface.

With ‘Five & Six‘, Tapage continues on his series of integer inspired albums. Where ‘Seven’ and ‘Eight’ were both exploring the slower rhythms of downtempo and triphop, his new album takes its inspiration from different places, integrating complex rhythmic structures, arpeggiating acid lines, playful melodies, and head-nodding beatworks. Brain groove music for fans of Kettel and Tycho. Mastered by Frank Riggio.