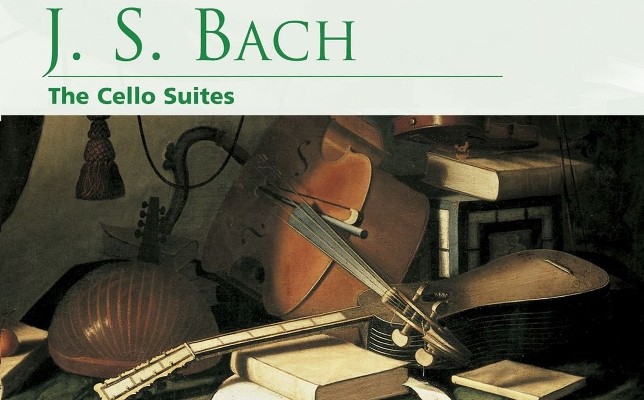 Johan Sebastian Bach is one of the greatest composers history has seen so far. His music was precise, soulful, innovative, spiritual and complex. However his most well-known pieces are the Bach Cello Suites composed between 1717 and 1723.

The cello suites are considered to have made the cello more well-known and noticeable than before, as it had been used for a role other than that of bass. The earlier prints show the Cello Suites and Etudes in their name due to the use of studies.

Bach’s Cello Suites are really common for any cellist. They are often performed by all sorts of famous musicians.

There are many mysteries surrounding the Suites. For example, the original score disappeared. All we have to go off of is Anne Magdalena’s copies which contain only a few errors in notes and very little annotation (except for a few dynamics). Cellists have had the privilege of creating many interpretations over the years.

A lot of great cellists have performed and recorded 6 Suites. Here are a few popular versions:

After centuries of silence, Casals rediscovered the Suites and brought them to life in the 20th century when he found them at a music store in Barcelona when he was 13. There had not been any official performances, no recordings and very few markings on the score.

Du Pre is one of the most famous cellists of all time considering how many recordings of her are still around today. She was most known for her Elgar Concerto, which you can hear in this recording.

Unfortunately, Jaqueline was diagnosed with MS when she was only 25. Her career didn’t last long and she passed away at 42.

The French cellist’s version of Bach was praised for his dynamic interpretation, and viewed to be the most polished, passionate and sincere work since Casals. His interpretation is delicate and true to its baroque period.

Rostropovich is considered a hugely influential cellist of the 20th Century. The only cellist to write so much repertoire for their instrument within a lifetime. It encouraged and commissioned over 100 pieces.

His stance on freedom of speech/culture resulted in him being banned from the USSR.

Yo-Yo Ma is probably the most well-known cellist at the moment. His efforts to bring the cello closer to people is visible as well as his desire to explore different styles and sounds.

Ma has recorded the six Suites twice, first in 1983 and then again in 1997. But this all changed in 2017 when he became the only pianist to record all six suites of Bach’s work. He played them at the Proms, as well.

You can watch him as he thoroughly enjoys his Sarabande from the Suite 6 and his facial expressions are really something!

This Dutch composer just took home the first prize at the Pablo Casals Competition. He wrote a deep analysis of the Bach Suites in his book Bach, the Fencing Master. He was also the first to record all six suites in the style of the music with a period instrument. Many believe that his version is as true to the style as possible.

There are many more renditions of Bach’s Cello Suites. You can compare them or criticize them, but we’ll never really know how to play his music because he left very little direction as to how. Try not be so judgmental and listen with an open mind.

It’s up to the interpreter to do their task in whatever way they choose. Each interpretation has a different feel, determined by the cellist’s life and experiences. It’s great when music is varied and can please every taste and ear listening to it play.

What is the Bach Cello Suite?

The Bach Cello Suite is a set of six pieces for solo cello. They were composed by Johann Sebastian Bach in 1720. The suite consists of six movements: Prelude, Allemande, Courante, Sarabande, Siciliano and Gigue.

Bach’s Cello Suites are one of the most influential works ever written for the instrument and have been transcribed by many other composers including Pablo Casals and Dmitri Shostakovich.

What are the different versions of Bach’s Cello Suites?

The six suites are often referred to as the “great” or “even” suites, a distinction that is not supported by their numbering. The Bach scholar Christoph Wolff believes that Bach’s intention may have been to create a set of pieces in which all 24 permutations of the major and minor keys were represented (12 major and 12 minor).

The differences between the different versions of Bach’s Cello Suites are the interpretations of the composer.

There are three versions of Bach’s Cello Suites: The French Suite No. 5, BWV 1011; The English Suite No. 4, BWV 1012; and the Italian Concerto in F Minor, BWV 971. They all have different interpretations from composer and performer perspective.

The French Suite No. 5 is known for its lightheartedness and dance-like feel, while the English Suite No. 4 has a more serious tone with more dissonance present in it than other suites by Bach.

The Italian Concerto in F Minor is a work that was written for an Italian patron who wanted to learn how to play cello and not as a part of Bach’s series of suites for unaccompanied cello like most other works by him were written as.

What are the benefits of performing and listening to different versions of Bach’s Cello Suites?

Who are the composers of the different versions of Bach’s Cello Suites?

The composers of the different versions are unknown.

Which version of Bach’s Cello Suites is the most popular?

The most popular version of Bach’s Cello Suites is the Prelude in C Major. This version is also known as the “Goldberg Variations.” It was published in 1720 and was composed for solo cello, or violin, or harpsichord with a basso continuo accompaniment. The work is divided into six sections that are played before each of the 24 variations.

The second most popular version of Bach’s Cello Suites is the Suite No. 1 in G Major. It was composed by Johann Sebastian Bach and published posthumously in 1827 by his son, Carl Philipp Emanuel Bach and Johann Friedrich Reichardt.

Why are different versions of Bach’s Cello Suites created?