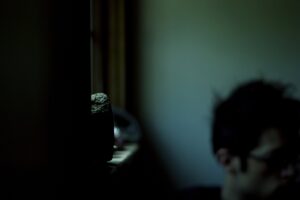 Taking his name from the “Cyberpunk 2020″ off-shoot card game “Netrunner”, the once elusive Access To Arasaka has seemly come out of nowhere to take the electronic music community by storm with his debut full-length CD album ‘Oppidan‘ in 2009. 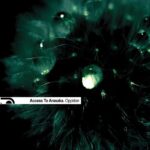 A futuristic journey of a cerebral nature, demonstrating a virtual equinox of surgical beatwork and densely-layered atmospheres, ‘Oppidan‘ transcended complexity and innovation in electronic music to arrived at the very edge of its own inner space.

The Rochester, NY producer’s cyberpunk influences are evident as he skillfully paints each sonic soundscape with expert precision and meticulous attention to detail. The artist describes his music as “a mixture of every influence I’ve ever had, past and present. As the general idea of this project is a way to describe the future I anticipate, the sounds and styles themselves are an homage to every song that has already taken me there.” 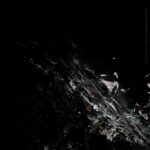 Available now is Access To Arasaka‘s new full-length album titled ‘void();‘ on Tympanik Audio. Sixteen fantastic new tracks of dark sonic futurism inspired by the history and future of system hacking. An open invitation for the listener to imagine what a computer might attempt to comprehend when it’s system is under such an attack. 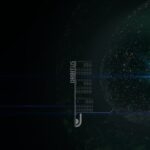 In 2011, Access To Arasaka and Tympanik Audio offered 2 new digital EPs titled ‘Orbitus‘ and ‘Aleph‘ for free download. These EPs found Access To Arasaka in top form, incorporating complex, serendipitous beatwork against a stunning backdrop of thick atmospheres and  futuristic synthlines. Beautiful and flowing dark electronic music that will surely grace any set of headphones. 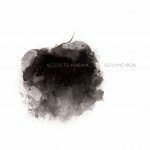 In the final chapter of his quasi-trilogy, Access To Arasaka’s ‘Geosynchron’ offers a full conclusion to what began earlier this year with the ‘Orbitus’ and ‘Aleph’ EPs. With these works referencing themes of oppression and the struggle to traverse inequitable boundaries, ‘Geosynchron’ expands the narrative to the subsequent failure of opposition and inevitable retaliation. A witnessing of the destruction of a system as viewed from the system itself, as it scrambles desperately to rectify a million problems at once while processes fail one after the other.

Access To Arasaka and Tympanik Audio invite you to experience the sharp and expansive soundscapes of ‘Geosynchron’. Available on compact disc and digital formats December 13th, 2011.