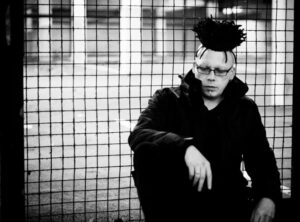 First known for his promotional work within the electronic music scene, Tony Young aka: Autoclav1.1 turned his hand to writing music in late 2004. Since then he has had numerous successes including two EP’s, two albums and a remix collection for Hive Records, and five albums for Tympanik Audio, all of which have cemented Autoclav1.1 as one of the more prolific artists on the electronic music scene. Fusing huge orchestral compositions and IDM with flashes of Industrial and modern Electronica, Autoclav1.1 has quickly gained a reputation for pulling on the deepest of human emotions with a variety of melody frequently torn apart by paranoid beatwork and broken rhythmical structures. 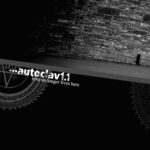 On ‘Love no Longer Lives Here‘, his third studio album and first for rising US label Tympanik Audio in 2008, Young changes the goal posts once more and treads some new waters without forgetting his past. More emphasis has been placed on heart rendering piano sections and soul capturing melodies. The introduction of more organic instruments are thrown into the mix with a splash of guitars and a nod to other musical genres which add an altogether new dimension, displaying a maturity and growth that we have come to expect with each Autoclav1.1 release. The album includes a couple of guest appearances from Jamie of ESA and Dave from Cradle of Filth, and highlights Autoclav1.1‘s diversity and willingness to work within different musical scopes. 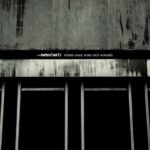 In 2009, Autoclav1.1‘s album ‘Where Once Were Exit Wounds‘ was released. A visceral montage of complex beats, surging guitars, pulsating synthwork, and undying melodies, that will well exceed even the most ascertaining tastes, all the while exhibiting a flow of embracing atmospheres and lovely melodic breeziness that will encompass its listener with warmth and gentle adrenaline time and time again. Autoclav1.1 fearlessly interjects a powerful concoction of love, loss, and despair fueled by lathering electronic rhythms akin to a thoughtful drive accelerating almost uncontrollably along a distant country road on a warm summer night. 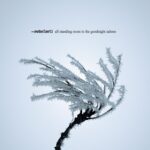 In 2011 Autoclav1.1 presented ‘All Standing Room In The Goodnight Saloon‘ featuring guest appearances by Leaether Strip, Xotox, Attrition, Experiment Haywire, Millipede, and Riotmilloo. A rich and full-sounding album that charges forward gracefully throughout and effortlessly conjures a lasting impression on the listener. 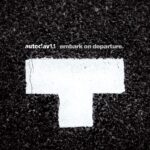 In 2012 Autoclav1.1 unleased ‘Embark On Departure‘. Working from his proven formula of tight-knit beatwork accented by emotional piano movements, Autoclav1.1 continues to push his sound further as he once again challenges the boundaries of genre and style. Featuring collaborations with Michael Morton (Displacer), Claus Larsen (Leaether Strip), and Jacob Rouse (Alter Der Ruine). Mastered by Angelos Liaros (Mobthrow) at 4be Sound. Layout and design by Stefan Alt (Ant-Zen/Hymen). 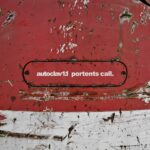