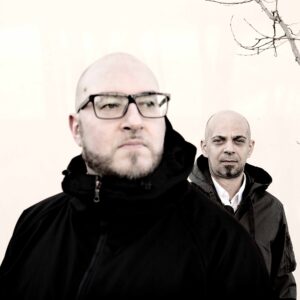 Haujobb is Daniel Myer (Architect, Destroid, Covenant) and Dejan Samardzic (Dots + Dashes). Founded in 1993, Haujobb has managed to remain on the fore-front of the Industrial music scene for almost 2 decades, producing some of the most innovative and forward-thinking Electro/Industrial music in the genre’s history. Albums such as ‘Freeze Frame Reality‘, ‘Solutions For A Small Planet‘, ‘Ninety-nine‘, and ‘Polarity‘ are considered classic works. While never comfortable following any traditional blueprints to map their compositions, Haujobb instead has consistently incorporated many different styles of electronic music such as drum’n bass, IDM, and electronica into their unique sound, in turn producing a slew of innovative and complex electronic music hybrids that transcend both dancefloor and headphone environments alike. 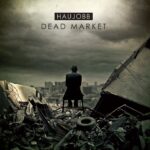 After an lengthy hiatus, Haujobb triumphantly returns in 2011 with a brand new single EP titled  ‘Dead Market‘ to kick off their forthcoming new album ‘New World March‘. Brimming of deep basslines, addictive vocals, and stunning reworks, ‘Dead Market‘ introduces a new chapter in the Haujobb saga with stark ferocity and undeniable depth. Hard, unstoppable beats meet caressing deep basslines and dirty electro rhythms, married with a fierce undertow of complex synthlines and surging atmospheres, perfectly matched with Myer’s forceful and provocative vocals. With 8 outstanding tracks in all, ‘Dead Market‘ interjects a new volume in the Haujobb legacy, resiliently cohesive to their signature sound, yet gazing well beyond the future of their dark, beat-driven and complex brand of electronic music. 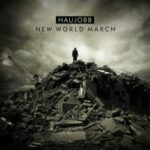 Haujobb was formed in 1993 by Daniel Myer, Dejan Samardzic, and Björn Junemann. Hailing from Germany, the trio were inspired by the music of Skinny Puppy, as Myer recalls: "When Too Dark Park was released... this was the initiative for us to make this kind of music."[1] The name comes from the German translation of "skin job" from the film Blade Runner.[2][note 1] They were soon signed to Off Beat, and began distributing their music in North America via Pendragon Records.