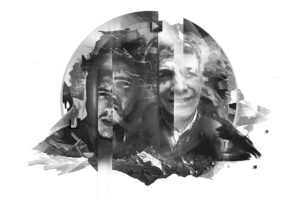 A synth guru with a massive collection of modular gear, Cor Bolten is a devoted knob-twister, creating patches, press chords, and continually building onto his massive library of samples, sounds, and tracks to integrate into his music projects. Cor’s arsenal of hardware includes such equipment as the ARP 2500, ARP 2600, Korg Monopoly, Oberheim Matrix 12, Sequential Prophet-5 rev2, Yamaha CS-80, and Elka Synthex.

Roel Funcken has been a predominant and prolific presence in the electronic music community for many years and has recorded for esteemed labels such as Skam, Ad Noiseam, Arcola (Warp subsidiary), Schematic, N5MD and others. Roel’s sound is in a constant state of dynamic evolution, bringing his broad love for genres to life in new musical hybrids. 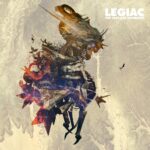 Legiac now returns with Roel Funcken and Cor Bolten helming their sophomore album ‘The Faex Has Decimated‘ for release on Tympanik Audio.

‘The Faex Has Decimated‘ sees a combination of Boltens darker, more eerie vibes spidering through Roel’s trademark syncopated glitches, immaculate production, and warm melodic dreamscapes – as only Legiac can deliver.