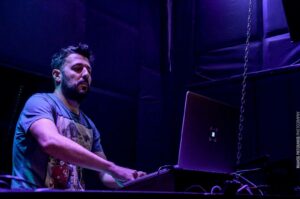 Poordream is Greek-born composer and sound designer John Valasis. From his Athens-based studio, he delivers scoring, foley and sound fx services for a great number of local and international clients. John’s clientele includes prestigious brands such as Native Instruments, 8DIO, Virgin, Vice Magazine and the BBC. As of 2014, John belongs to the roster of Ninja Tune’s publishing house Just Isn’t Music, alongside artists like Amon Tobin, Bonobo, Flying Lotus and Kryptic Minds.

John’s professional experience began in the 90s, emerging in his late teens as a composer and producer for popular music and gradually expanding his skill-set across a large variety of genres. With the abilities he acquired through his 18-year professional career, as well as his genuine love for soulful music, he has managed to craft a strong, musical identity which sounds both personal and diverse. When not working on tight deadlines, John uses Poordream as a vehicle to freely express his emotions and influences without defining limits and by exploring sound and composition beyond the boundaries of conventional electronic music.

From ambient, organic and cinematic to experimental sound sculpting with electronic means, Poordream masterfully blends real instruments and field recording with digital textures and atmospheres in order to synthesize a unique mixture of world and contemporary electronic music. This fusion allows him to create a musical world of continuously evolving drum patterns and soundscapes that range from downbeat and warm to dark, aggressive and claustrophobic. 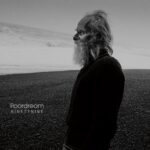 With his debut LP ‘Ninetynine’, Poordream makes a strong statement by delivering a work as diverse as the influences of his creator; a compilation of songs that take the listener on to an intense journey, set to explore the contrasts between earthly and urban, fragility and harshness, hope and despair. Featuring collaborations with Subheim and Zinovia. Released by Tympanik Audio December 2nd, 2014. Tracklisting: 01. Despair 02. Urbanies 03. Bangla Razor 04. Ninetynine 05. Proof 06. Open Probability (feat. Zinovia) 07. Backbiter 08. Flying Blind 09. Acceptance 10. Acceptance (Zinovia remix)

Haujobb
Haujobb is Daniel Myer (Architect, Destroid, Covenant)
024
Flint Glass
Biography_ Flint Glass is a Paris-based dark electronica
01
Fractional
Belgium-based Fractional describes his music as “Gothic
09
Displacer
With three ground-breaking albums in 3 years for the
05
EyeScream
EyeScream is the project of Andrey Novikov from Saint-Petersburg, Russia.
05
Comaduster
Comaduster is the solo electronic project of the Canadian
014