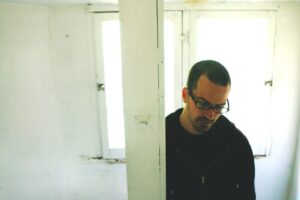 c.db.sn weaves a stirring emotional experience in to his music, capturing the listener with thick ambiance and cinematic atmosphere for the movies in one’s mind. c.db.sn is short for Chase Dobson and is the first solo project of the Denver-based producer. With a palette of computer-based synthesis, processed field recordings, and spacious environments constructed from heavily processed guitar, Dobson cultivates an alluring tension between the technical and emotional appeal of his music.At age 14, with a 4-track, a sampler, a synthesizer, and some guitar chops, Dobson began to lay out a foundation of experimentation that would last over a decade. Taking shape in 2006, Dobson gave his musical experiments a name, began performing, and in 2008, c.db.sn released his first album titled “Into the Deep” via Denver label Elseproduct. 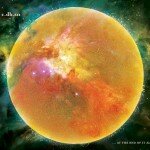 Supporting this album spawned live performance expressing more IDM influences in new songs, remixes, and cut-ups. New productions featured fewer four on the floor beats in favor of more dynamic rhythms, anchored by solid pulsing low end and layers of complex fractured glitch. He began introducing subtle melancholy melodies that matured in to deeply emotional compositions and dramatic movements. In 2011, he completed his second full length album “… At The End Of It All,” and is available now from Tympanik Audio. 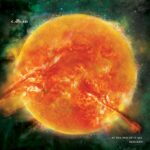 Tympanik Audio presents the companion remix collection to c.db.sn‘s 2011 debut album ‘… At The End Of It All‘ featuring renditions by Tineidae, Architect, Larvae, Sean Byrd, Worms Of The Earth, Displacer, Access To Arasaka, Consolectrl, Anklebiter, and Erode. More info here.