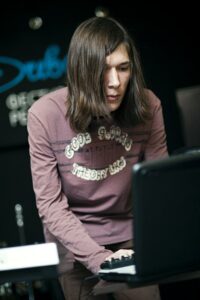 An emerging young talent from Kyiv in the Ukraine, r.roo (aka Rugaroo) has proved his skills for combining beauty and beats with clever sound experimentation through his 5 releases in less than two years.

With eight years of formal musical training, r.roo became completely devoted to composing intricate piano melodies and ultimately ignited his desire to share his gift with listeners. His first project Lie Collectors was a reflection of his own thoughts about the world and human being’s place in it.

As Rugaroo’s interest in electronic music grew he began to realize the need for a new outlet for his growing collection of works. In May 2010 he co-founded the Ambient/IDM project Sound Wave Pressure, honing his skills in melody writing and drum sampling. It wasn’t long before r.roo had started breathing on it’s own and began to take form.

While first co-founding the netlabel Someone Records in 2011, r.roo showed his abundant consistency for hatching engaging electronic music by unleashing 4 releases on 4 seperate labels throughout the year. While quickly gaining recognition and momentum in the dark IDM scene, r.roo released his fourth full-length album on Abstrakt Reflections in early 2012. 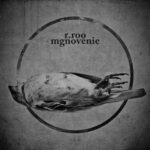 In 2012 the prolific r.roo finally crossed the Tympanik threshold with his new work titled ‘mgnovenie‘. With equal focus on atmosphere and beats, r.roo creates a definitive sound that grips and pulls on the unsuspecting listener. Shadowed in soulful piano movements, twitches of violin, random static and strange radio voices, accented perfectly by crushing beats and a meticulous stitching of glitchy misfires, ‘mgnovenie’ (translated as “The Moment”) proves itself as the ideal soundtrack for intentional mental defections. 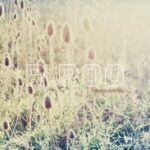 An emerging young talent from Kyiv in the Ukraine, r.roo (aka Rugaroo) has proved his skills for combining beauty and beats with clever sound experimentation through his 5 releases in less than two years.