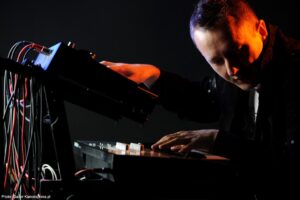 Undermathic is Maciej Paszkiewicz, native of Poland since 1981. In 1999, Maciej began creating electronic sounds influenced by the blistering noise of European metropolises, the alluring diversity of random urban machines, and the permanent contrast between human emotion and social chaos.

In 2008, Maciej introduced his new concept: Undermathic. A remarkable venture into thickly-layered Electronica, moody backdrops, serendipitous melodies, infectious beatwork, and encompassing atmospheres. This is the perfect blend between the Technoid allure of heavy basslines laden with a glitchy, dirty regard, expertly coupled by a slick craft work of brilliant and massive cinematic audio sculptures.

Undermathic joins the Tympanik Audio family with his official CD release ‘Return To Childhood’ in 2009. Somewhere between the urgent complexity of Ginormous and the beautiful, thick atmospheres of Lusine icl lies Undermathic, ready to acquit the listener of any preconceived notions and instead launches into a sonic-laced epicenter of electronic sound. Saturated in beauty, organic rhythms, and a virtual tide of sophistication, ‘Return To Childhood’ easily stands on its own ground offering an immense album full of life and vision that transcends genres and ultimately arrives as a genuine preview of the future of intelligent electronic music. 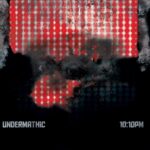 On 10/10/10, the new Undermathic album ‘10:10pm‘ was released to critical acclaim. Even more focused and massive, ‘10:10pm‘ finds Undermathic approaching his peak with an album that seizes the soul and burrows into your subconscious. Still present are the massive washes of ambiance and infectious beatwork mixed with brooding melodies and heavy synthlines that have become signatures of Undermathic’s unique sound, yet an air of beauty and hopefulness is always present in contrast to the gripping tautness of each song, creating a distinct mood that is both epic and wondrous.

In 2011, a digital release collection of unreleased and deleted Undermathic songs titled ‘Deleted (1999-2006)‘ was released. Each song could easily pass for new material, exhibiting Maciej’s solid production and composing skills even in their earliest stages. From the industrial-tinged tautness of “Mechanical Steering”, “Bypass”, and “Moyen Age”, the quirky electro rhythms of “Stereo” and “Idleness”, to the smooth melody-laced atmospheres of “My Room”, “Parallel”, and “I’m Waiting”, Undermathic once again delivers another memorable collection of songs full of vitality and warmth. Available as a free download here. 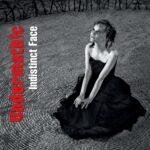 In early 2013, Undermathic unleashed his newest masterpiece ‘Indistinct Face‘, quite possibly his most important collection of work to date. Bold and original in its own right, ‘Indistinct Face’ flows with maturity and refinement, imparting a kaleidoscope of sounds that saturate the listener’s subconscious. An epic and challenging listen with rewarding results. Available now on CD and digital formats only from Tympanik Audio.

In the summer of 2013, Undermathic‘s song “Big City Nights“, from the album ‘10:10PM‘, was featured in a promotional video for backcountry.com. You can check out the video here.