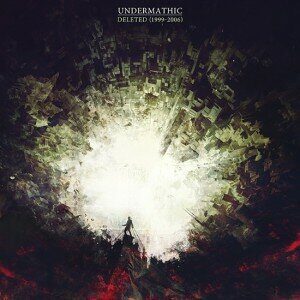 For over a decade, Polish producer Maciej Paszkiewicz has been creating some unique sounds under various pseudonyms before finally assembling his works beneath the moniker of Undermathic in 2009 with his critically acclaimed debut album ‘Return To Childhood‘. Saturated in beauty, organic rhythms, and a virtual tide of sophistication, ‘Return To Childhood’ easily stood on its own ground offering an immense album full of life and vision that transcended genres and ultimately arrived as a genuine preview of the future of intelligent electronic music.

In 2010, Undermathic returned to Tympanik Audio with his second full-length album titled ‘10:10pm‘ released on the special date of 10/10/10. Still present were the massive washes of ambiance and infectious beatwork mixed with brooding melodies and heavy synthlines that had become signatures of Undermathic’s unique sound, yet an air of beauty and hopefulness was always present in contrast to the gripping tautness of each song, creating a distinct mood that was both epic and wondrous. 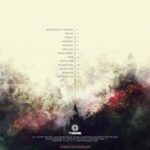 Now, Undermathic presents his listeners with 13 unreleased and deleted tracks from his pre-album years in a digital-only release appropriately titled ‘Deleted (1999-2006)’. Each song here could easily pass for new material, exhibiting Maciej’s solid production and composing skills even in their earliest stages. From the industrial-tinged tautness of “Mechanical Steering”, “Bypass”, and “Moyen Age”, the quirky electro rhythms of “Stereo” and “Idleness”, to the smooth melody-laced atmospheres of “My Room”, “Parallel”, and “I’m Waiting”, Undermathic once again delivers another memorable collection of songs full of vitality and warmth.

All songs written and produced by Maciej Paszkiewicz between 1999 and 2006. Cover artwork by Timothée Mathelin aka shift. (futurorg.com).

Undermathic’s ‘Deleted (1999-2006)’ is available now as a free digital download right here from your friends at Tympanik Audio. Download here (320kbps MP3 – 151MB) or get lossless quality download from our Bandcamp site.