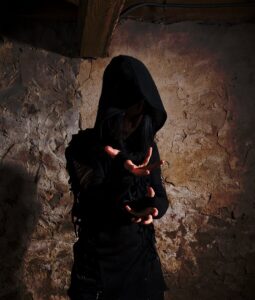 The idea of Worms of the Earth emerged in 2004, though it gestated until 2007 when the first workings came to light. Since then, a critically-acclaimed full length and an EP have been released on Canadian experimental/industrial label Bugs Crawling Out Of People, numerous remixes and compilation appearances sculpted, as well as 50+ shows across the eastern US and Canada alongside acts such as Haujobb, Iszoloscope, Scrap.edx, Terrorfakt, Asche, Mono-Amine, and many more.

Worms of the Earth evokes the harsh sounds of ancient technology combined with chthonic dark ambience and eastern mysticism to create aural rituals which explore esoteric knowledge and the pursuit of the ascension of the self. 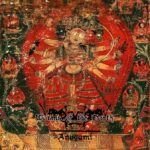 Tympanik Audio welcomes Worms Of The Earth for the release of his new album ‘Anagami‘ this Fall. Discordant, pounding rhythmic noise with tribal undertones, atmosphere-rich dark ambient pieces, and complex and contorted IDM, ‘Anagami‘ effectively demonstrates a fresh approach to the genres and the impressive range of this dynamic artist.